“It is a well-known fact that acorns at this very day constitute the wealth of many nations.” 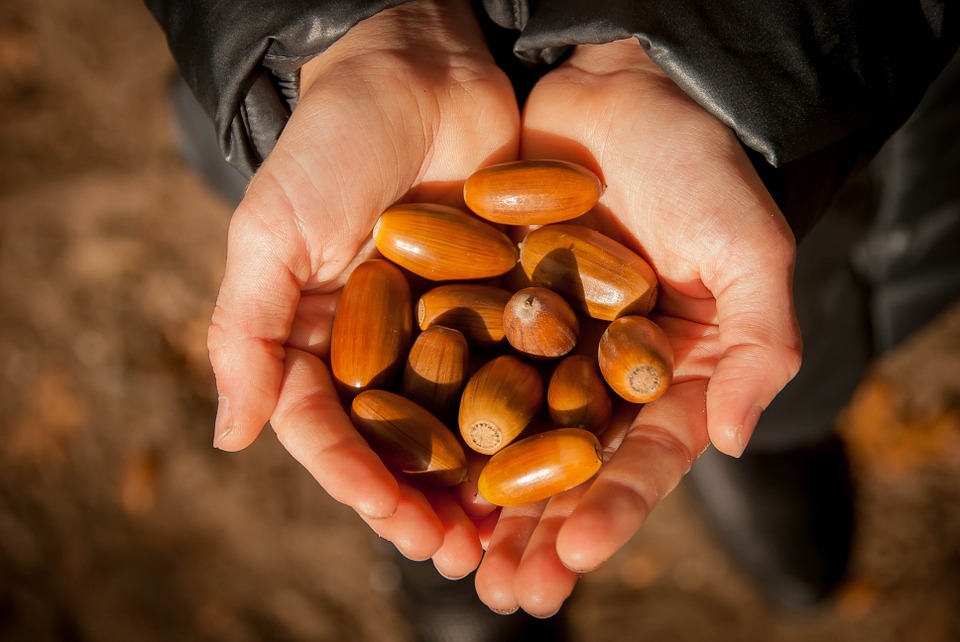 The acorn, the fruit of the oak tree, is the single most important source of nutrition for many woodland wildlife species, including turkey, grouse, deer, bear, and squirrels.

What may come as a surprise is the fact that these little packages of life once also served as a staple food for countless people, including the first Ohioans.

Acorns are full of phytonutrients and antioxidants and act as a great anti-inflammatory. They are a good source of gluten-free and low glycemic index carbohydrates, unsaturated fats, protein, fiber, and vitamins and minerals. Acorn foods are also said to be very filling, albeit somewhat bland.

So, what’s the catch? Why aren’t we all eating acorn pancakes for breakfast? A big reason is that acorns tend to be very high in phytochemical compounds called “tannins.” The oak produces tannins to repel threats like insects, disease, and decay.

In fact, oaks (and many other tree species) can sense chemical signals left on their leaves by the saliva of chewing insects. Oaks often react to these chemical messages by pumping up tannin levels in their leaves, thereby increasing leaf bitterness and reducing their snack appeal. 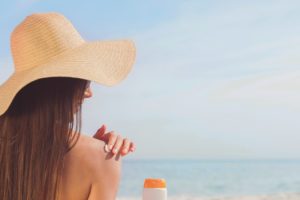 The tannins in crushed oak bark have long been used to “tan” hides and leather to confer tan and brown hues. It’s probably no coincidence that “tann” was an ancient Celtic Breton word for “oak tree.” And, it’s therefore likely that the phrase “getting a suntan” has etymological roots in the oak tree.

Many wildlife and livestock species,including pigs and chickens, can tolerate high tannin levels. That said, some species, including American black bear, show a distinct preference for the lower-tannin acorns of the white oaks.

The tannin levels found in most raw acorns, though, render acorns far too bitter and astringent for human consumption. (I’ve very quickly spit out the few I’ve tried raw). In high doses, in fact, tannins are toxic and can even damage the human kidneys and liver. Luckily, tannins are water soluble and can be completely removed from acorns via boiling or leaching. Humans solved this bitter acorn puzzle long ago.

Oaks were essential to the Native American diet. During good mast years Native Americans could collect enough acorns in a few weeks to last for several years (once dried, unshelled acorns can keep for years). Acorns were sometimes buried at river edges where they would stay fresh and be leached of their tannins by passing water. Archeological evidence and the accounts of early settlers suggest that Native Americans tended oak groves to maximize acorn production.

Traditionally, acorns were shelled and then ground with stone mortars and pestles. They were then leached of tannins through hot or cold water methods. The result was a flour that was used to make (gluten-free) pancakes and breads. Acorns were also used to make oil, butter, stews, and a breakfast food similar to oatmeal. Acorn oil, which compares favorably in flavor and quality with olive oil, was used by Native Americans in foods and as a salve for burns and wounds.

California was once the land of acorns. For thousands of years, the native peoples of California derived much of their sustenance from the oak. Acorns once constituted more than 50% of many native Californians’ diets. Even into the 20th century, native Californians were caching acorns in traditional elevated granaries. To this day, acorn consumption and acorn celebrations survive with some California tribes.

Most of the world’s oak species can be divided into two broad groups: the “red oak” family and the “white oak” family. The different red oak species commonly hybridize with one another (via pollination), and the same is true of the white oaks. The two groups cannot interbreed, however (i.e., there are no red-white hybrids).

Acorns of the red oak family tend to have higher fat content than acorns of the white oaks, but they also tend to taste considerably more bitter. Red oak acorns take two growing seasons, or about 18 months, to mature on the tree. Once they fall, they go through a period of winter dormancy before germinating in the spring. The northern red oak (Quercus rubra), black oak (Quercus velutina), pin oak (Quercus palustris), and scarlet oak (Quercus coccinea) are red oaks common to Ohio.

White oak acorns are much less bitter. There are even rare cases of individual white oaks bearing acorns with no or virtually no bitterness. Acorns in this group mature in a single growing season, and begin to germinate shortly after falling from the tree. The white oak (Quercus alba), chestnut oak (Quercus montana), bur oak (Quercus macrocarpa), and swamp white oak (Quercus bicolor) are common to Ohio.

Acorn yields can compare well with those of many cereal grains – an oak forest can generate six thousand pounds of acorns in a good year.

That’s one of the tricky things about oaks, though. Most species go through acorn production or “masting” cycles in which members of the same species produce heavily in one year, and then moderately to poorly for the next few years.

This is thought to be a strategy whereby oak communities overwhelm acorn predators through sheer productive force with huge mast surges every few years. It’s therefore important for oak forests to have a healthy mix of species. A good mast year for northern red oak can help make up for a bad white oak year, for example.

On top of being a healthy and widely available food source, acorns are environmentally ideal. Oaks require no fertilizer, no plowing, no irrigation, and no herbicides. To the contrary, they stabilize soil, sequester carbon, and provide habitat and sustenance for thousands of species.

If you’re interested in trying acorns, but don’t want to go through the hassle of processing them (or are too impatient to wait for autumn) you can get a quick fix via your local Korean grocery or internet retailer. Acorns foods are still very popular in Korea and parts of Spain. Some commonly available items include:

This last item comes from pigs that are free-ranged in oak grove savannahs (called “dehesas”) — a traditional Iberian husbandry method that goes back thousands of years. (The porcine digestive system is adept at neutralizing tannins). Iberian acorn ham is widely regarded as both the tastiest and the healthiest ham in the world. But, it can run you in the neighborhood of $100/lb. (!) Sadly, I’ll be skipping the acorn-finished ham, but I will give the others a go. Acorn liquor sounds like a nice consolation prize! I’ll let you know what I think in my next acorn post.

How Trees Communicate is No Longer an Alien Concept

Will Wayne National Forest Save the White Oak?

Spring Wildflowers and a Pipeline Proposal in the Wayne