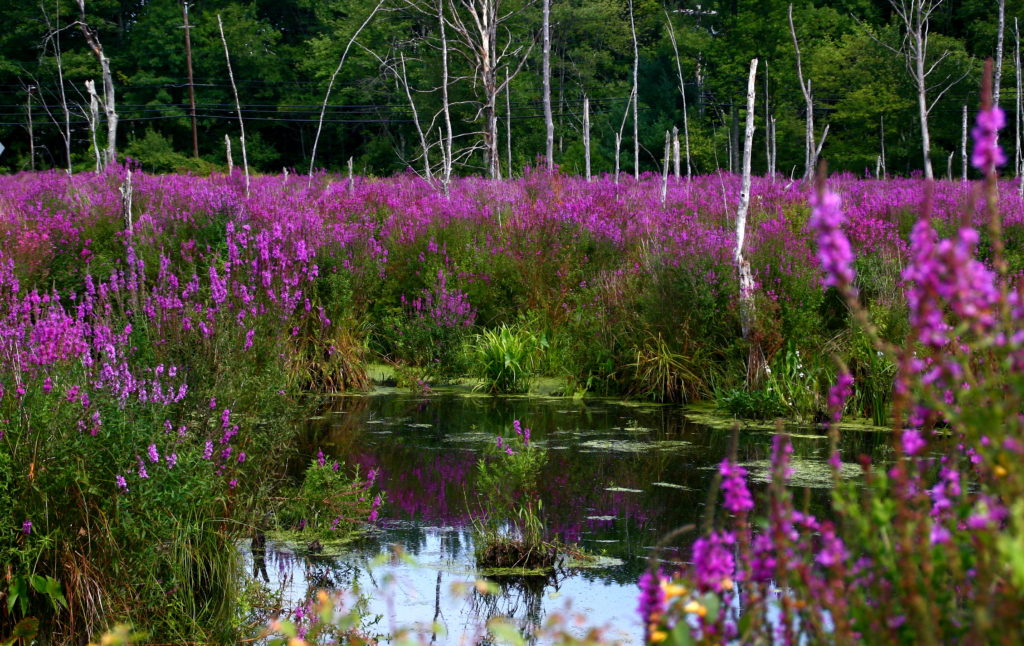 Purple Loosestrife was originally introduced to North America from Europe and Asia in the early 1800s and was commonly used as a medicinal herb to treat digestive issues and bacterial infections. The healing plant was intentionally planted as a “pioneer species” throughout New England but quickly spread through man-made canals, becoming one of the most invasive non-native species in the country.

Purple Loosestrife is a hardy plant and can survive in wet or dry conditions, including marshes, riverbanks, and even ditches. It has an unusually long blooming period from June to September, which allows the plant to produce a multitude of seeds. In fact, a mature Purple Loosestrife with 30 stems can produce up to three millions seeds a year! This means that native species’ seeds are often overrun and the habitat is drowned out by Purple Loosestrife.

Purple Loosestrife crowds out at least 44 native plant species including wild orchids and swamp rose mallow, which are both federally endangered. Without the natural biodiversity of these areas, animals and insects are affected, as well. Bog turtles, black terns, and canvasback ducks are all experiencing population declines partly due to the Purple Loosestrife invasion. 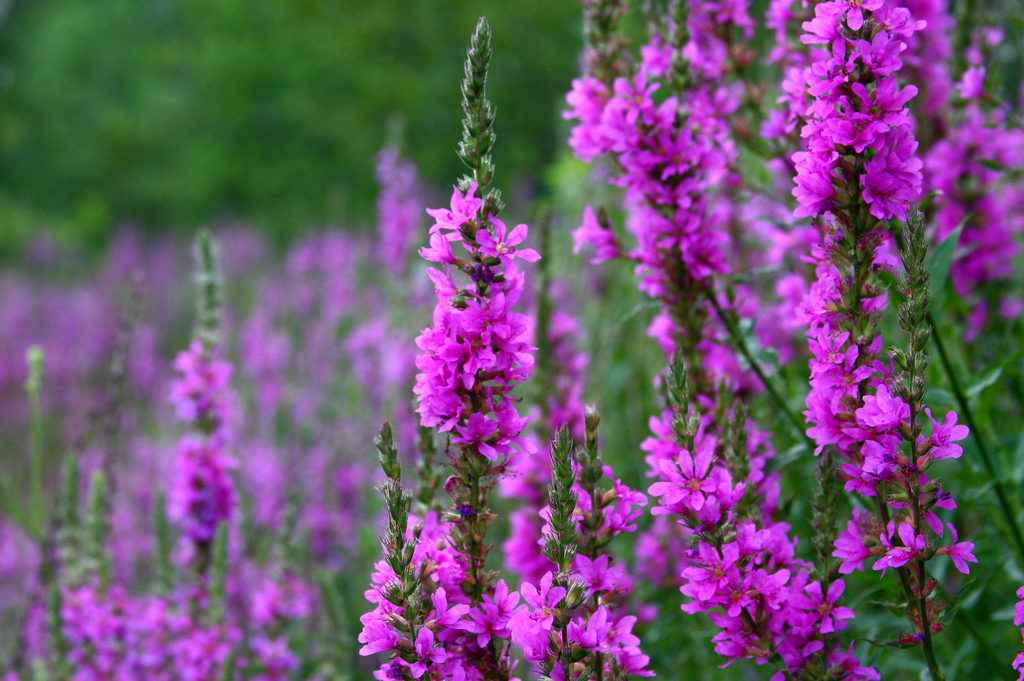 Purple Loosestrife is strikingly beautiful with bright purple-pink blossoms and smooth green leaves. The leaves are often paired on one side of the stem and interchange down the stem from one side to the other. The Purple Loosestrife can stand up to 10 feet high and have up to 30 stems from one rootstock. 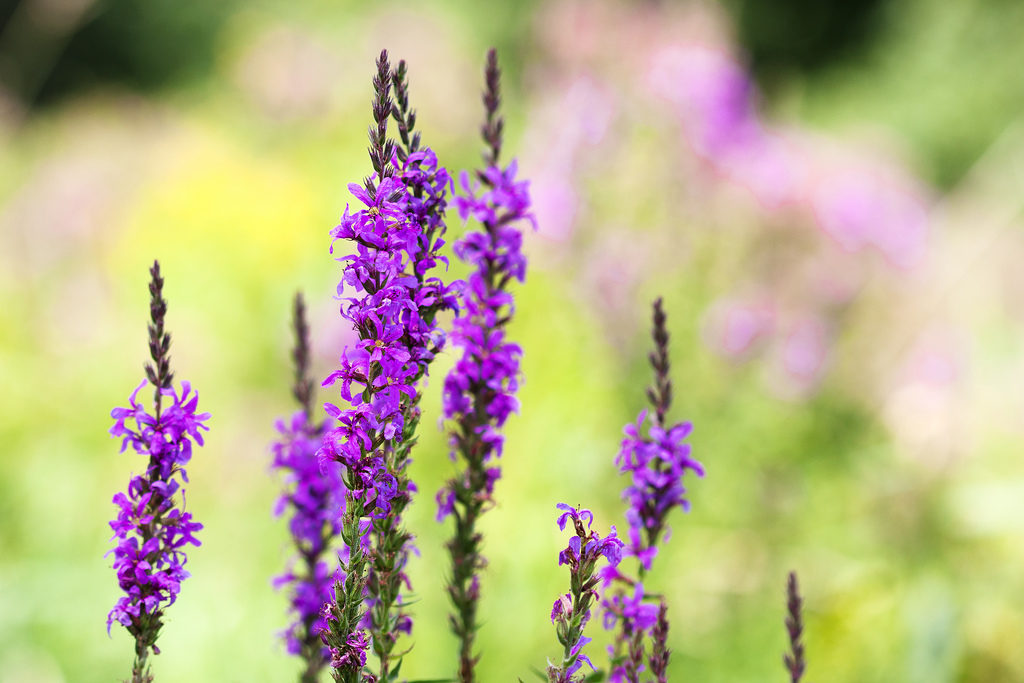 For smaller amounts of Purple Loosestrife, hand-pulling will suffice. But, if you’re seeing a sea of purple, which is often the case where the plant has taken over, herbicides must be used. It is recommended that the herbicides be used late in the season before the plants become dormant so that the plant has trouble returning in the spring. There are also a few insects that battle Purple Loosestrife, including the Galerucella beetle, which eats the plants from flower to root but doesn’t affect other plant species surrounding it. The Ohio Division of Wildlife has introduced this beetle to several sites throughout Ohio including about 30 areas in Lake Eries marshes.

Although Purple Loosestrife was sold as a decorative plant for decades, it is now illegal to sell in most states, including Ohio. If you’re looking for native alternatives to this killer beauty, the Blazing Star (Liatrist spicata) is a great option and is deer resistant so it can protect your garden! Another beautiful alternative is Blue Vervain (Verbena hastata), which attracts native pollinators and was prized by Native Americans for its medicinal effects.