The Land and Water Conservation Fund, signed into law in 1964, has been a pillar of conservation efforts in the United States, but unless Congress acts, this fund could disappear. A method for helping fund land acquisition and capital improvements, it has provided billions of dollars in funding across the country, helping to protect countless acres. In Ohio, it has provided over $332 million in funding since enacted. 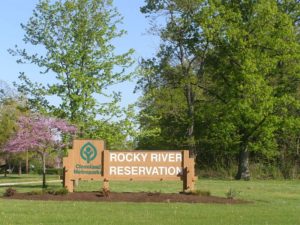 From funding parts of the Cuyahoga Valley National Park and the Wayne National Forest, to supporting township parks and pools, LWCF funds projects at all levels of government. Even though this funding provides invaluable gains to local communities, it doesn’t cost taxpayers a dime. The funding stream comes from allocations from offshore oil and gas royalties paid to the federal government. When energy companies drill in publicly owned offshore oil and gas reserves, a portion of their royalties goes to the federal government. Congress designed LWCF this way so that the funding stream would always be there, all the while not burdening the American taxpayer.

The OEC and its partners helped get this vital fund reauthorized in 2019!