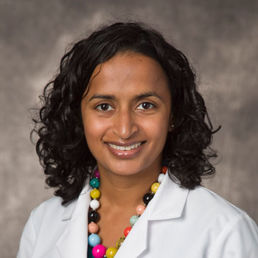 This free event is being organized by United Way of Greater Cleveland in collaboration with a group of volunteer community members representing multiple sectors and the Lead Safe Cleveland Coalition. The Lead Safe Home Summit will convene parents, residents, landlords, advocates and local elected officials to learn about lead poisoning from national experts and peer cities; listen to stories of those impacted in our community; provide information on available resources; and build Cleveland’s path forward. This experience will include educational breakout sessions and opportunities to immerse yourself in the work going forward.

Dr. Mona Hanna-Attisha is a pediatrician, professor, and public health advocate who spearheaded efforts to reveal, publicize, and fix Flint, Michigan’s water crisis. In 2014, a change in the city’s water source resulted in astronomical amounts of lead leaching into the drinking water, causing irreversible damage to Flint’s residents. As a local pediatrician, the poisonous levels of lead in the water terrified Dr. Hanna-Attisha, and she was shocked that the government ignored complaints, protests, and reports from citizens, journalists, and experts. She knew that the only way to stop the lead poisoning would be to present undeniable proof on a national platform.

Aparna Bole, MD, FAAP is Division Chief of General Academic Pediatrics & Adolescent Medicine. She is also Rainbow’s Medical Director of Community Integration, in which capacity she leads efforts to build close partnerships with community organizations and stakeholders to enhance the well-being of patients and families at UH Rainbow Babies & Children’s and MacDonald Women’s Hospitals and supports innovation in women’s and pediatric primary care delivery.  She is particularly interested in the intersection between environmental sustainability and pediatric public health. She serves on the American Academy of Pediatrics Council on Environmental Health Executive Committee, and the boards of Healthcare Without Harm and the Ohio Environmental Council.