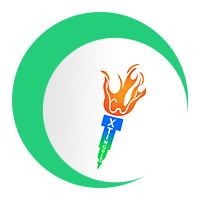 A Native American Water Blessing, performed by the Lake Erie Native American Council, will kick-off the Xtinguish Torch Fest. Ceremonial blessings and Native American drums shall honor the region for which the “Cuyahoga” (translated to be crooked River) was named by the indigenous. West Creek Conservancy, and the Xtinguish partnership, is also working with regional coordinators of the celebration of Juneteenth (a portmanteau of June Nineteenth) which is the celebration of Black emancipation—specifically in the state of Texas, on June 19, 1865. With this will also honor African Culture through libation ceremonies and drum circles.

This ceremony will continue as a walk extending to the entire 100 mile stretch of the Cuyahoga River led by Sharon Day, Ojibwe water walker from Minnesota with the terminus being in Cleveland on June 22nd Hosted by the Cleveland Press Room and sponsored by the Cleveland Foundation’s Creative Fusion project.

We, as coordinators of the festival series, wanted to keep this day independent from the press events and locality celebratory events to give the blessings the respect and honor they deserve. This may not be the flashiest or publicly high profile event of the weekend, but it is our opinion that it is the most important.