Every Ohioan—no matter if they’re from Youngstown or Dayton, Cleveland or Cincinnati, Toledo or Athens—deserves clean, safe, and affordable drinking water. That’s why we’re thrilled to see direct investments in Ohio’s public water infrastructure from the state and federal administrations for removal of lead service lines.

In Ohio, we’ve been dealing with lead pipes contaminating our tap water for decades. 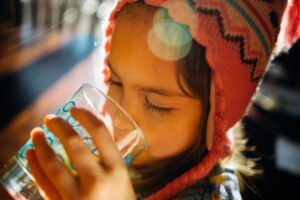 Even though the use of lead pipes was banned by Congress in 1986, Ohio currently ranks second in the nation for the most lead pipes serving families, with 650,000 still in use.

Getting your water delivered to your home through a lead service line is like drinking your water through a lead straw. It provides an opportunity for lead to reach from the pipes and into the water, which can cause serious health problems. For kids, and especially kids under age six, elevated levels of lead in their blood can cause impaired brain development, among other symptoms. Adults are more likely to experience increased risks of cardiovascular disease, high blood pressure, and kidney and nervous system problems when exposed to lead.

Because of historical disparities in water infrastructure investment and ongoing structural racism and classism, Ohio’s lead water lines are disproportionately found in Black, Indigenous, and people of color communities, as well as low-income communities. The good news is that investments to fully replace these lead service lines are on the way. 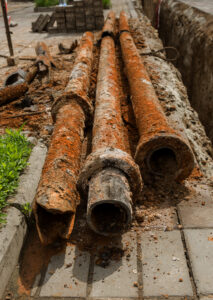 For future funding allocations, we’re advocating alongside our partners at the Alliance for the Great Lakes for lead service line replacement dollars to be proportional to the number of lead service lines a state has.

In early March, Governor Mike DeWine announced that the state would make an additional investment in lead service line removal through the H2Ohio initiative. Gov. DeWine committed $4 million to locate, remove, and replace lead-contaminated lines, with half the funding targeting six communities with pipes already mapped and ready for replacement. About 500 households and businesses will get fresh lines delivering safe and clean drinking water.

Now is the time for Ohio to take bold action to set our state on a path to removing all remaining lead service lines and protecting families from the health impacts of this outdated infrastructure. Supporters like you are critical in the fight for clean and safe drinking water. Thank you for calling on our lawmakers to make these critical investments to permanently safeguard our drinking water from lead contamination.